The record-breaking second Goat Format Championship of 2022 is winding down, and Alex "Sdlkilla" Saavedra has finally captured the second GFC title that has eluded him for so long! In a field that rivaled the size of the Shonen Jump Championships of 2005, a star-studded Top 8 gradually rose to the top. Shonen Jump Champion Jonathan Labounty, GFC 16 runner-up Marcelo "Ghostrider" Lopez, Goat Format Champion Daniel "Lukaz" Fitzgerald and Goat Community Italia Champion Andrea "Juve89" Marzocchi were all on the hunt for another ring to add to their respective resumes. After two grueling days and countless hard-fought matches, Saavedra met Alter Reality Games Circuit Champion Johnny "Slashtap" Li in Winners' Finals, scoring a close victory in a classic matchup between Warriors and Chaos Turbo. As Li dropped to the losers' bracket, it seemed like it would be a Team Rampage finals, as teammates Labounty and Fitzgerald duked it out in Losers' Semis with their tournament lives on the line. But Li pulled off the upset against a seemingly-unstoppable Fitzgerald and arrived back in Grand Finals, eager for a rematch with Saavedra. As always, it came down to the wire, but Li found himself on the wrong end of a Xing Zhen Hu mixup, leaving Saavedra with the perfect opening to punch through a field of four monsters for the win! We're only a week out from Goat Grand Prix Milan, sure to be another event with record attendance, but for now, the Goat community applauds its newest two-time champion. Congratulations again to Saavedra, and stay tuned for more action in what's shaping up to be the craziest year of growth in Goat Format history! 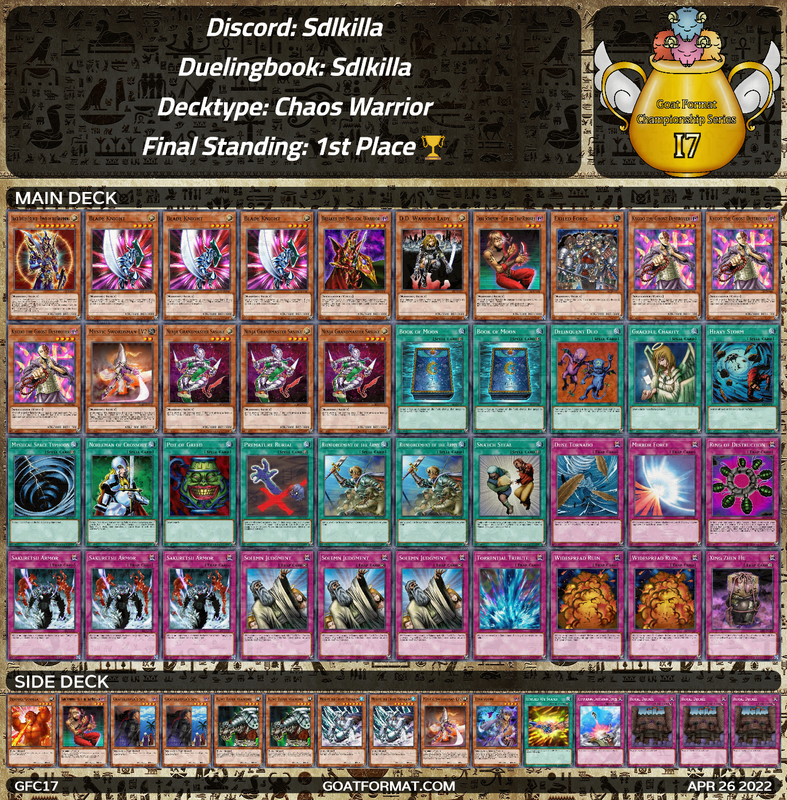 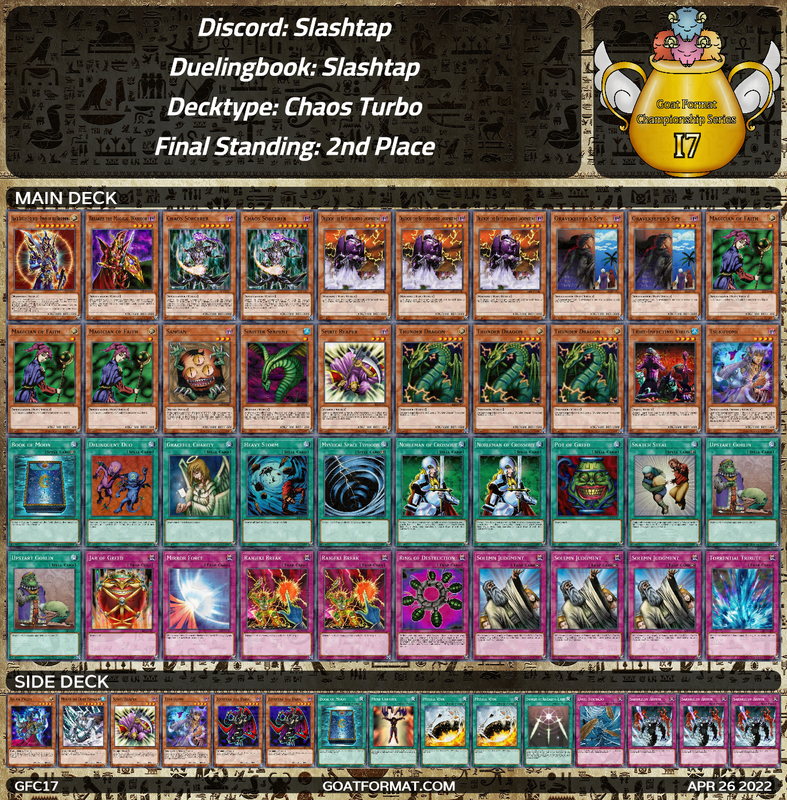 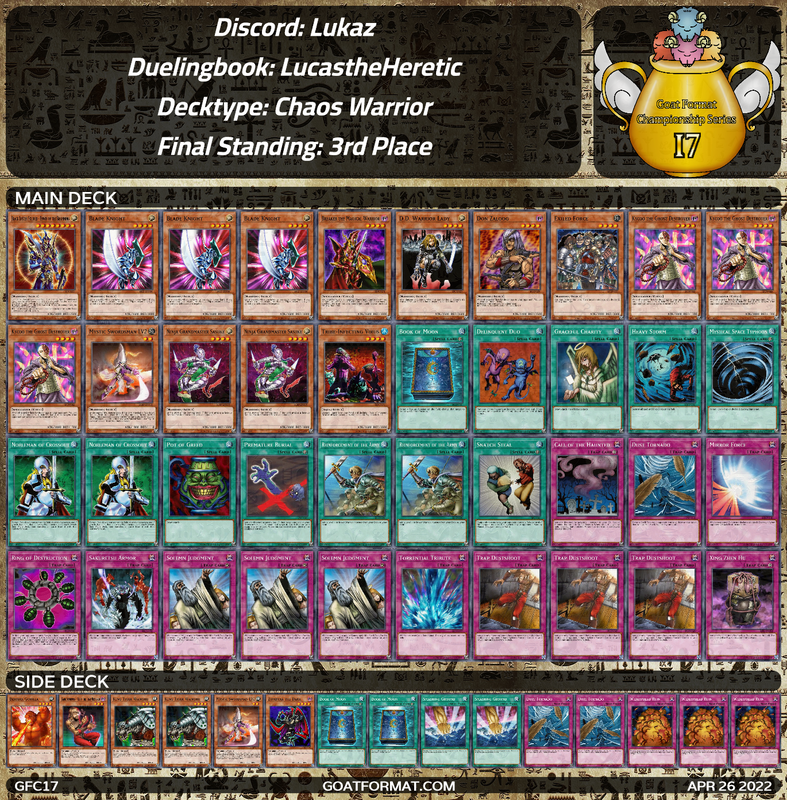 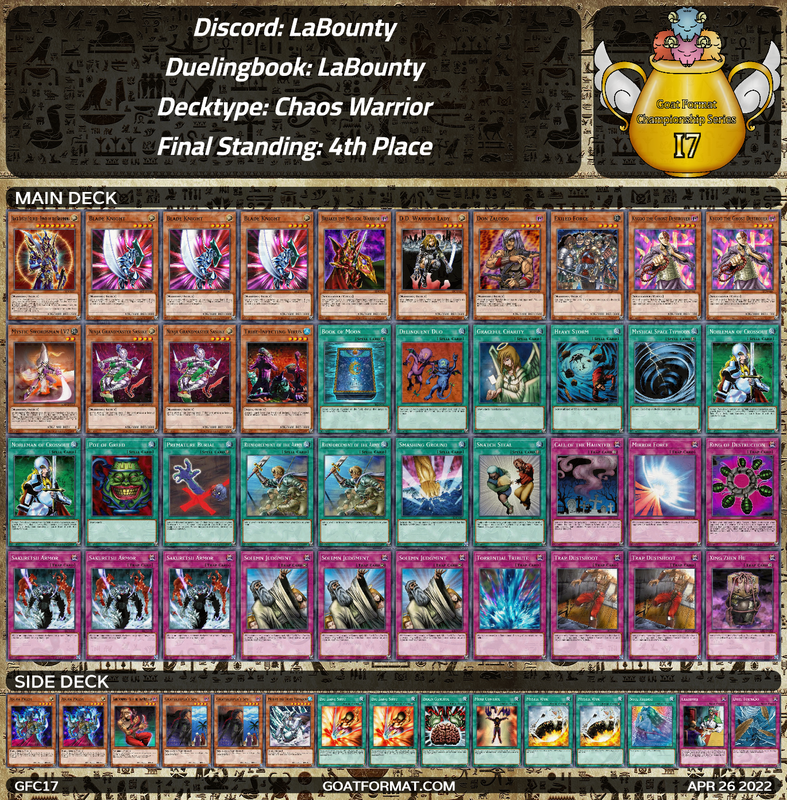 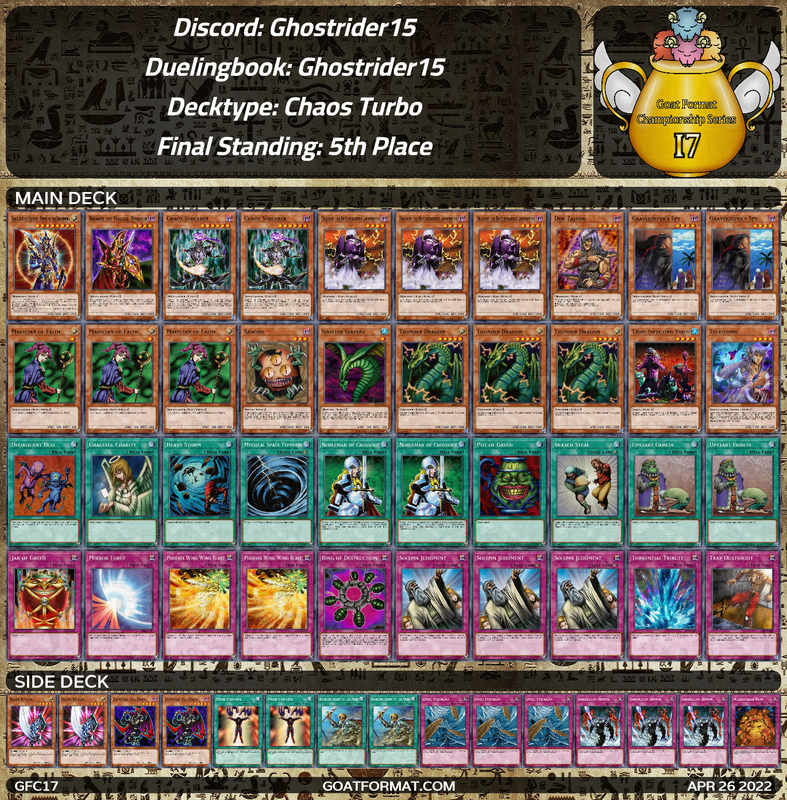 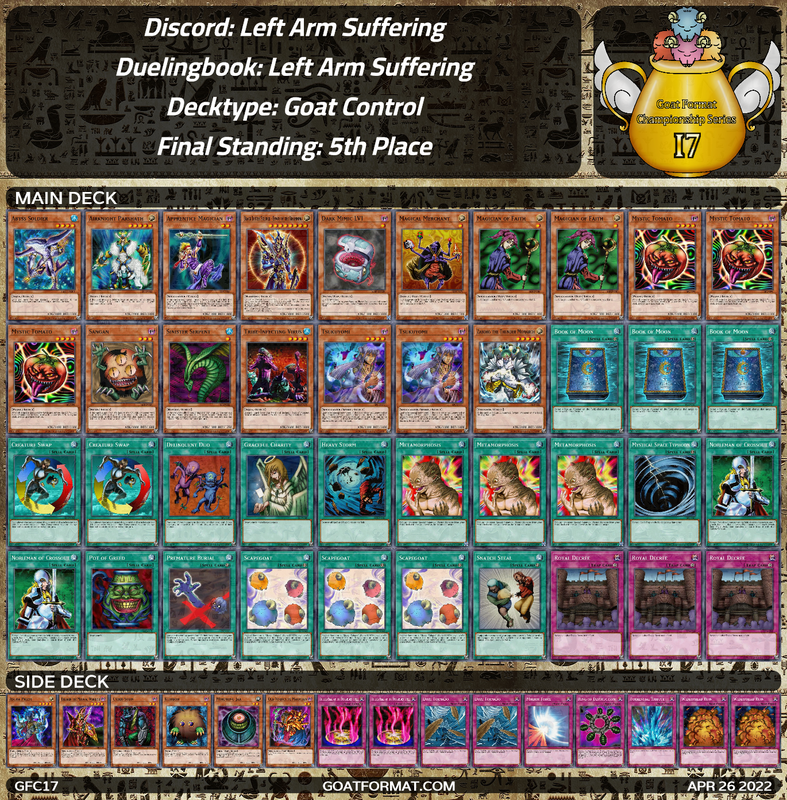 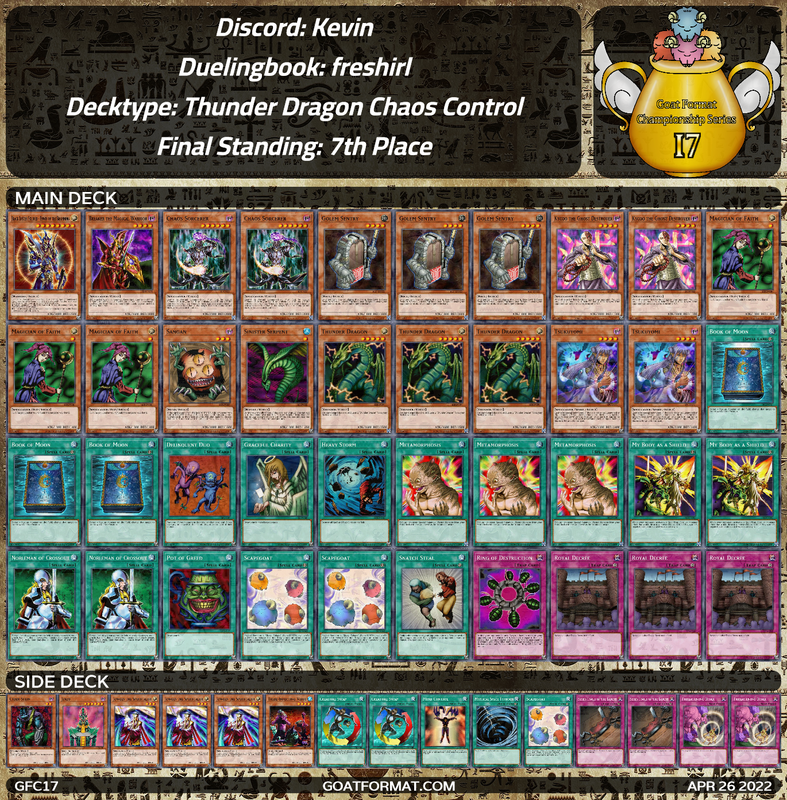 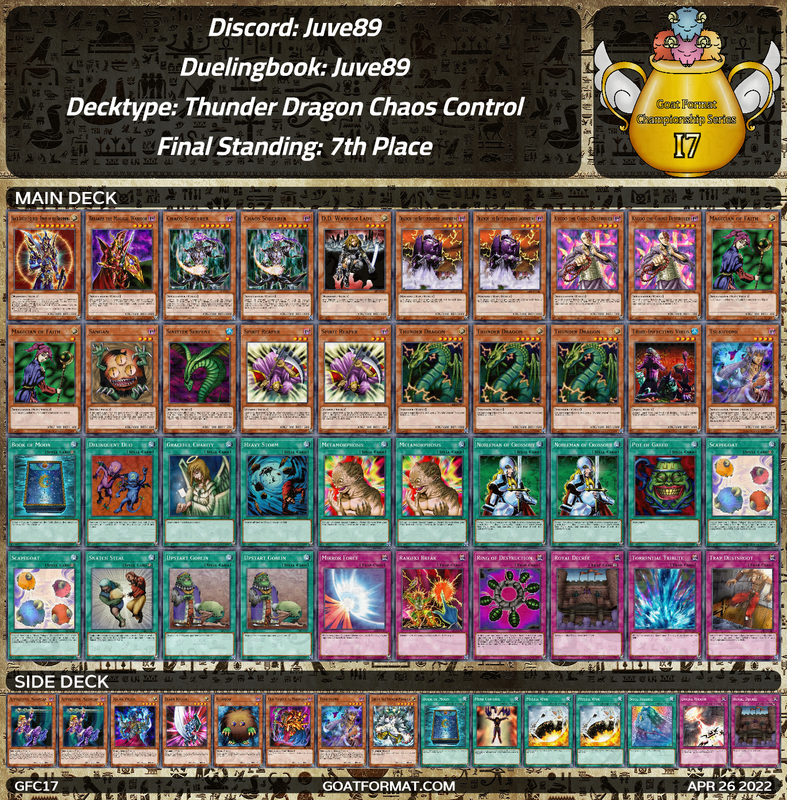