What is Goat Format? 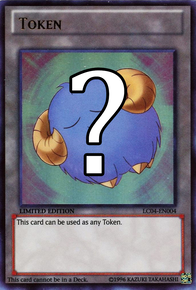 ​“Goat Format” refers to a Yu-Gi-Oh! format that was officially played during the summer of 2005. It gets its name from the popularity of the card Scapegoat during this time period. It is a format that is still widely played today using the same card pool, ruleset, and banlist. The most popular deck used during this format was called Goat Control, known for the powerful combination of Scapegoat and Metamorphosis.
​
​Although the legal card pool evolved throughout the format, the widely-used community standard (and the one followed by GoatFormat.com) is to mirror the card pool used for US Nationals, SJC Seattle, and SJC Indianapolis, in which The Lost Millennium (TLM) was legal but Exarion Universe and Cybernetic Revolution (CRV) were not.

Today, the Yu-Gi-Oh! Goat Format is widely played online and in real life, mostly by people who were not competitively active during 2005 and want to try a new way to play Yu-Gi-Oh! However, there are some older generations of players who play to seek a more nostalgic experience. Goat Format is not supported by Konami and is maintained by a dedicated and passionate group of players who want to share the game that they love with others.

We at GoatFormat.com consider ourselves a part of that dedicated group. We wanted a central resource for everything that there is to know about Goat Format -- rules, decklists, tournaments, and strategy -- so we made one. We want to make it as easy as possible for you to learn more about your favorite format and share it with your friends. We do this so that the Yu-Gi-Oh! Goat Format community can grow and be enjoyed for years to come.

​Now that you understand what the Yu-Gi-Oh! Goat Format is, we recommend also reading Why Play Goat Format?