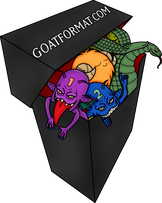 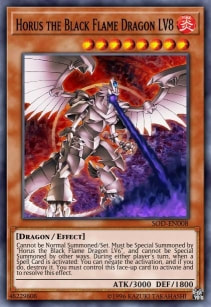 Horus decks use the titular dragon to wreak havoc on foes. Royal Decree is often thrown into the mix, as a level eight Horus sharing a field with the continuous trap creates a soft lock that is incredibly difficult for enemies to break. Kycoo the Ghost Destroyer is usually included in order to prevent Chaos monsters from being summoned and banishing the flame dragon.

Besides traditional methods of summon, King Dragun is a popular Horus Enabler. The Metamorphosis + Fusilier Dragon, the Dual-Mode Beast combo is a frequent method of cheating Dragun into play, but Cyber-Stein is also used.

While some lists lean heavy on the dragon theme, shy away, opting instead to fill their monster zones with more conventional threats.

A Cyber-Stein build that uses Mystic Tomato to search out the machine. Creature Swap becomes playable as a result, which is a perfect way to set up kills for Horus LV4. Mirage Dragon acts as extra copies of Royal Decree that can also attack and be summoned off of King Dragun.

Book of Moon is a swiss army knife that helps set up kills for the smaller Horus. It also answers Thousand Eyes Restrict, which is a must. Should Mirage Dragon and Royal Decree not do their job, Nobleman of Extermination banishes pesky battle traps. With such a low trap count of our own, it's rare for us to banish something we also play. 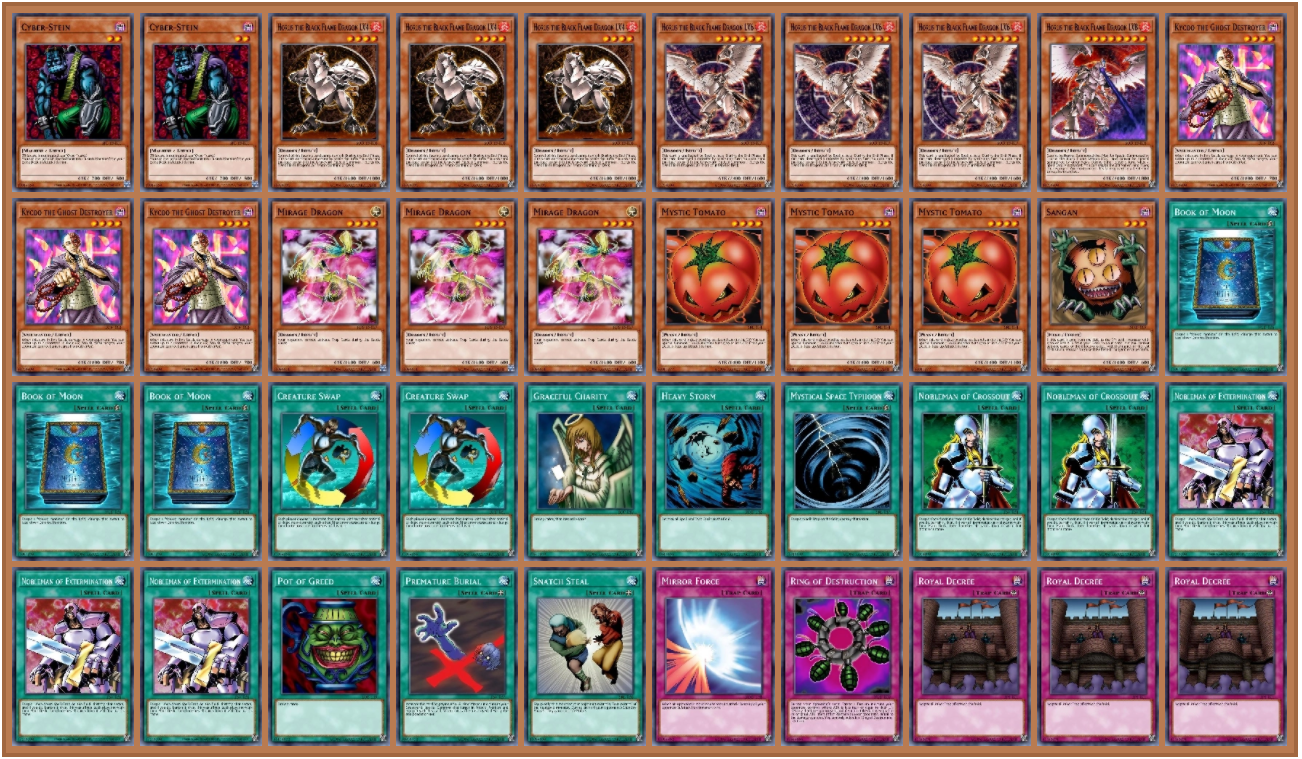 More dragon-oriented lists will stick to the typical monsters and support cards.  Stamping Destruction is the best card that opens up for these lists, but Element Dragon is also worth pointing out for its synergy with Horus' fire attribute.

Brain Control steals threats, which can then be tributed for a LV6 Horus or other large dragons if they are played. Level Up! Circumvents the need for tributes or even attacks in the case of Horus LV4.