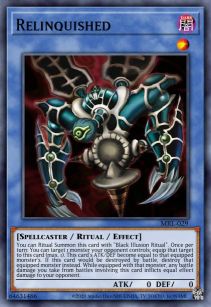 Relinquished Control ritual summons Pegasus' favorite ritual monster in order to use it as a living removal option, generating card advantage by combining it with Tsukuyomi. Ritual searching monsters Manju of the Ten Thousand Hands, Senju of the Thousand Hands, and Sonic Bird are all staples of the deck. Beyond this, Relinquished Control tends to stick to a Goat Control style shell, complete with Scapegoat, Metamorphosis, Magician of Faith, and more.

Ritual floaters like Manju allow the deck some room to play more discard effects, like Tribe-Infecting Virus, Phoenix Wing Wind Blast, and Raigeki Break. Though, these are not always included.

Tsukuyomi pairs well not only with Relinquished and its big brother Thousand Eyes Restrict, but also with Manju and the other Ritual searchers. Since their effects trigger when flip-summoned, she can be used to recycle their searches, filling the hand with ritual monsters and spells. 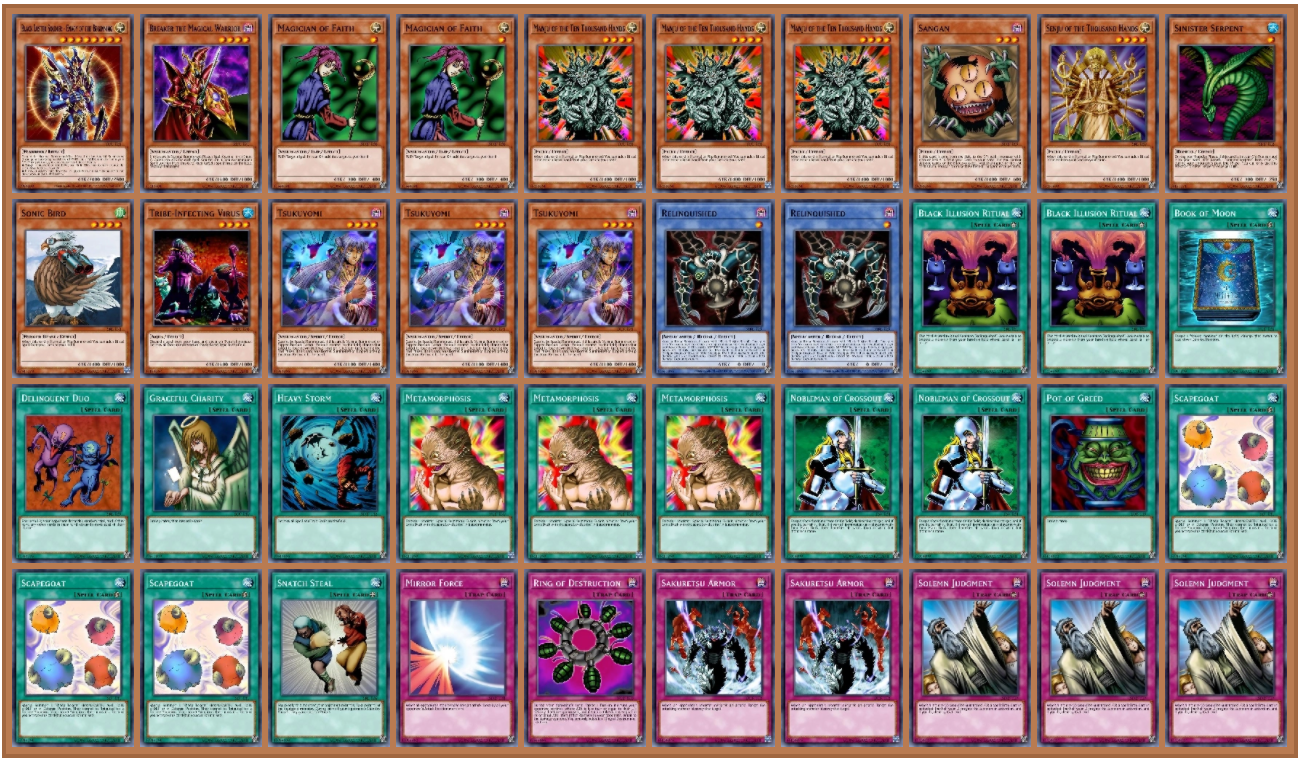 A variant of Relinquished Control which borrows more from Chaos Turbo and Chaos Control than from Goat Control. Chaos Sorcerer in numbers of one or more, along with Night Assailant and Thunder Dragon, all add to the already viable discard effects made playable by the ritual floaters. As such, Phoenix Wing Wind Blast and similar cards are much more popular in this variant of the deck. ​While this makes the deck more explosive, it often comes at the expense of the Metamorphosis + Scapegoat package, as seen in the list below. 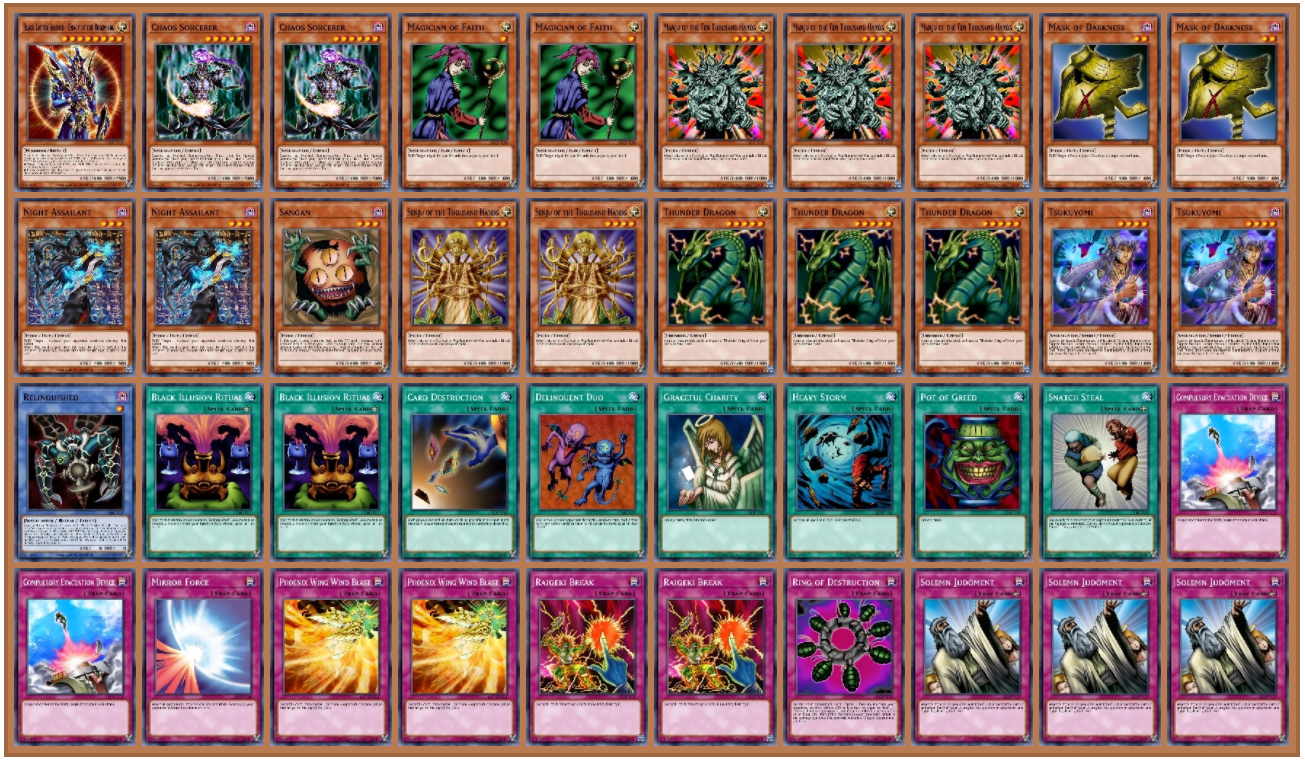 Anything often seen in Goat Control, Chaos Control, or Chaos Turbo is usually also playable in Relinquished Control. With so much access to discard fodder, otherwise unplayed discard effects, like Divine Wrath, become viable, too. Even Reload can be used to shuffle away unwanted ritual-based cards and replace them with more apt tools.

Though more for a "wow" factor than anything else, Lava Golem occasionally sees play. The fiery fiend is used to get rid of two opposing monsters, only to be absorbed by relinquished, giving him 3000 ATK and 2500 DEF. Golem also gives the deck the choice to win through burn damage by blocking attacks with a Metamorphosis-summoned Thousand Eyes Restrict.