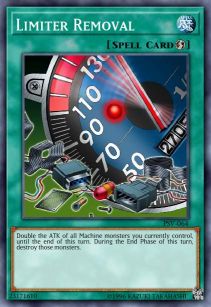 Machine OTK is a title that describes decks which include a high number of machine-type monsters with the purpose of using them in combination with Limiter Removal for a one-turn kill. Giant Trunade is a staple of the strategy because it reduces the risk inherent to the strategy by making the all-in attacks of the deck more likely to succeed.

Dekoichi the Battlechanted Locomotive is the most popular machine monster, with X-Head Cannon, Mechanicalchaser, Jinzo, and others also played. It's common for Magician of Faith to see play, too, because she can recycle Limiter Removal and adds to the deck's Light count, allowing for Black Luster Soldier.
​
Machine OTK had some success in the historic era of Goat Format. David Kretschmer​ made 3rd place with his list from the 2005 World Championship, for example.

Fusilier Dragon, the Dual-Mode Beast was added here to give the deck an alternative win condition when combined with Metamorphosis. Though unconventional, Cannon Soldier helps secure a kill after a successful Limiter-buffed attack. Monsters effected by Limiter die at the end of the turn regardless, so sacrificing them to Soldier is a decent way to get more use out of them. 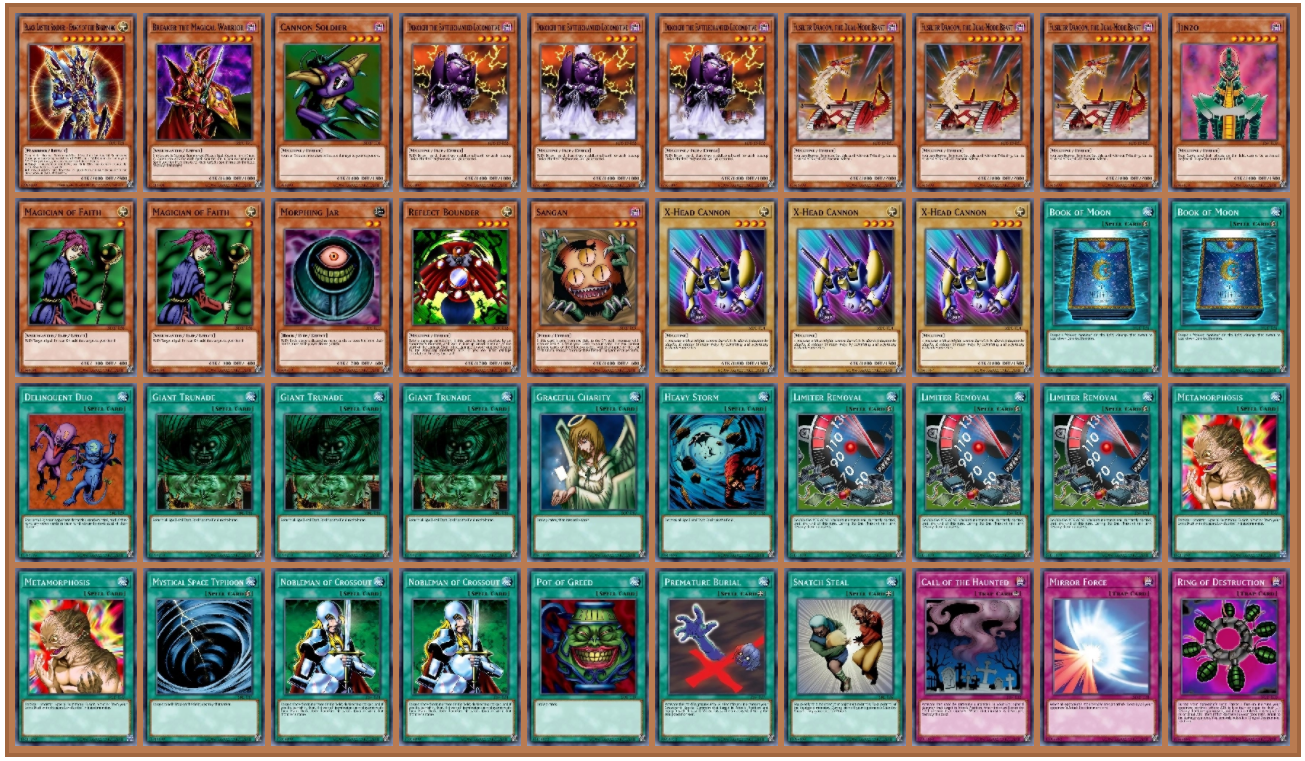 Though it has a weak initial attack value, Gear Golem the Moving Fortress is able to attack past enemy monsters, making it a valuable option to the combo deck.

With the high number of flip-effect monsters usually included, Tsukuyomi is sometimes played as a support card. In lists which play Metamorphosis, Scapegoat is also occasionally used to allow for Goat Control-esque Thousand Eyes Restrict plays.